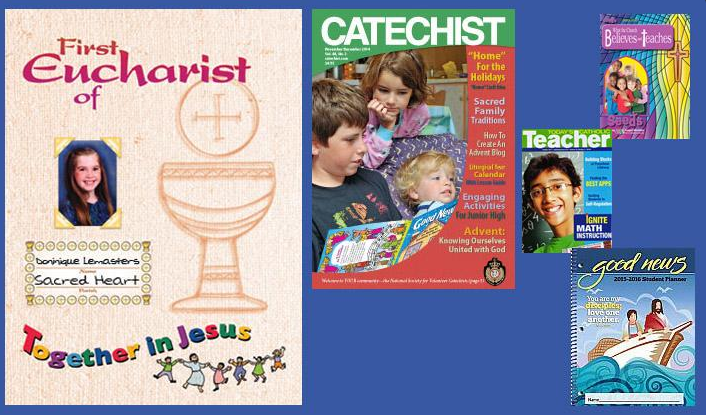 Our world-famous Bayard Press was founded by Assumptionists in Paris in 1870, and its flagship publication, the newspaper La Croix, is to this day the third most popular news daily in France. In the twentieth and twenty-first centuries, it has expanded into a global publishing network whose American offices are located in New London, Connecticut, and produce a number of worship, catechetical, and audio-visual materials.

Bayard is a wonderful apostolate for religious men who are interested in working in journalism and publishing. Several of our province’s Assumptionists work at Bayard, contributing to such popular publications as Catholic Digest and providing creative and logistical support to the Press’s newly established Philippines bureau.

Recently, Living with Christ, one of our most popular publications, was asked to provide the liturgy aids for the 2015 visit of Pope Francis to the Philippines. 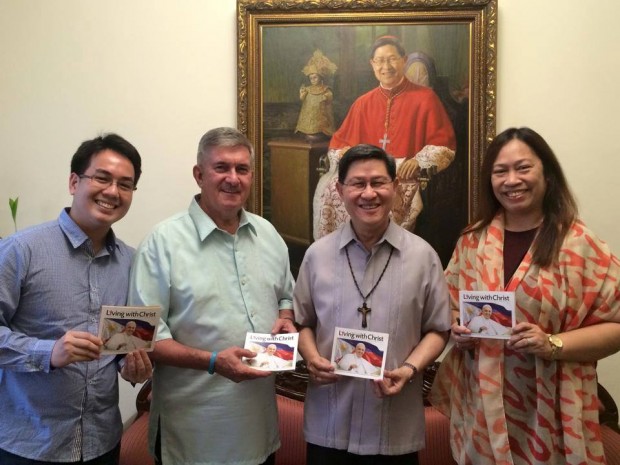 Bayard staff, including Fr. Gilles Blouin, A.A., pose with Cardinal Luis Antonio Tagle of Manila during the visit of Pope Francis to the Philippines