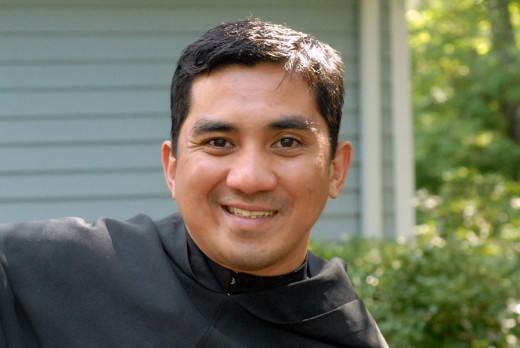 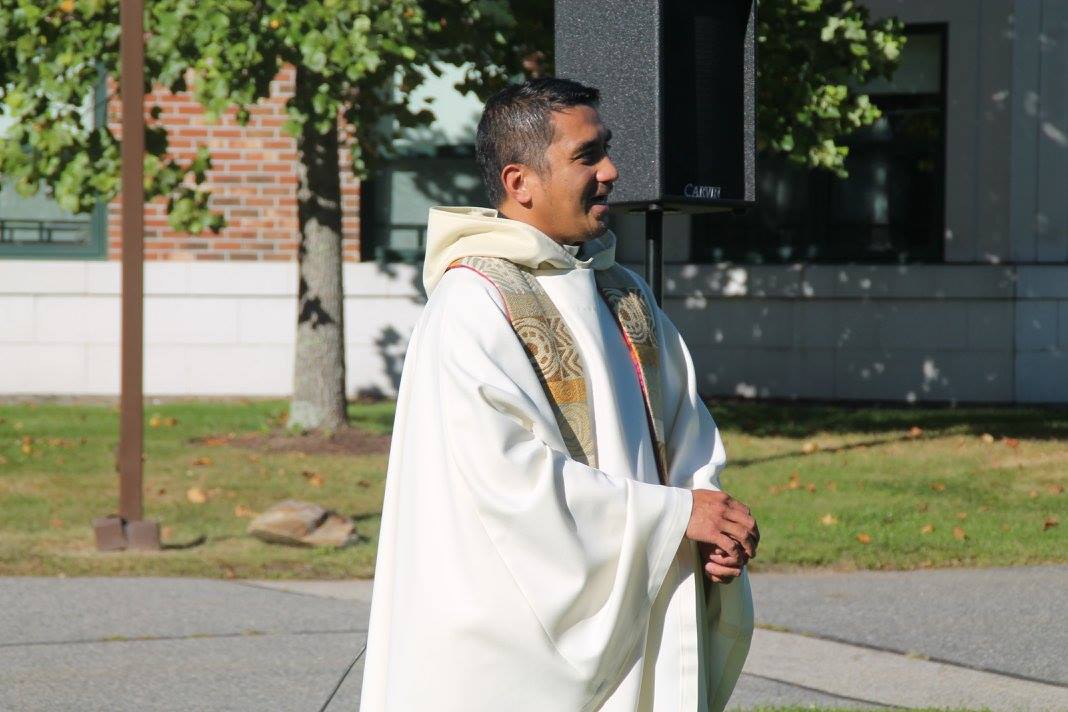 In the Philippines, growing up as Catholic, I had this sense that the priests were very mysterious and aloof because I only saw them at Mass. But one time, when I decided to attend a retreat, a priest celebrated Mass with us, not in the church but outside. My perception of the priest changed. I now saw him as a person. During the consecration, I felt warm in my heart, a feeling I hadn’t experienced before. It was a start of my call of wanting to be that priest. I was only 8 years old when this happened. After high school, I asked my mother if I could enter the seminary. My mother was not keen on the idea, so I decided to pursue what I was good at, which was math. I decided to pursue computer engineering.

2.) What was your faith life like as a child?

My faith was really strong in the Philippines. My family had a devotion to Mary. We’d pray the rosary every night at 6 pm. We used to go for Mass every Sunday. We were also involved in different Marian groups.

3.) When did you meet the Assumptionists? How did you know God was calling you there?

I am convinced that my vocation to religious life is based on the love of God I experienced with the indigenous people in Pampanga, in the northern part of the Philippines. The experience of the overwhelming love of the Father(Luke 15:11-31) led me to the path where I am now. It is in the context of the experience of the Father’s unconditional love that I have continued to discover both who I am and my mission in life. My first encounter with the Assumptionists was through the seminarian, a priest now in Pampanga, who also worked with the indigenous people in Pampanga. He invited me to  a Come and See retreat of the Assumptionists in Tagaytay, Philippines. I met Father Peter Precourt and some candidates on that retreat. That retreat started my desire to get to know the Assumptionists and their mission and works. After a year of discernment, and through the guidance of the Religious of the Assumption in the Philipppines, Father Peter asked me to come to the United States to start my candidacy program. I have been in the Assumptionists for 15 years now.

4.) What has been the best part of your journey?

Community life has been the best part of my journey. Through my brothers, who have guided me and allowed me to be the person that God has called me. Through their support, encouragement, guidance, brotherhood, they’ve challenged to grow as a man of faith, communion and solidarity with the poor. Also, my experiences in Mexico, Europe, and the Philippines have also been the best part of my journey. They gave me the opportunity to see the Assumption family internationally. This also led me to understand more clearly that whatever Assumptionist community I am in, I will feel a sense of home and hospitality. It also leads me to understand the many expressions of the Assumptionist spirit in different parts of the world. Through my experience internationally, I had the opportunity to get involved with their various apostolates. My experience internationally assured my desire to accompany the young people in their spiritual journey.

5.) What advice do you have for anyone who is discerning?

I’ve asked them to listen to the voice of the Good Shepherd through silence, since this world has so much noise. Spend time in personal prayer and communal prayer. Make sure to enrich the relationship with God through spiritual direction. Also, attend come and see retreats.